12/2018 Watch the #hackdthehustle podcast with Chris Hadnagy as guest.

11/2018 Watch Chris Hadnagy and other members of the Innocent Lives Foundation discuss what has been accomplished, the challenges, what's next in the future of ILF, and help you see what your support, money and love has done to save children and catch predators.

SEVillage at Defcon 26: From Introvert to SE, The Journey

11/2018 Watch Social Engineer's Ryan MacDougall and his journey on how he stepped outside an introverted personality to explore the world in a more successful way, but not without bumps and bruises which taught him valuable lessons.

10/2018 Enjoy the panel discussion from the SEVillage at DerbyCon8 with Chris Hadnagy, Chris Silvers, Rachel Tobac, Grifter and Jamison Scheeres about how one can stay ethical while being a professional social engineer.

10/2018 Listen to Dov Baron's interview with Chris Hadnagy on how can we be cyber-safe with "Phishing" "Smishing" and "Vishing".

How phishing scammers manipulate your amygdala and oxytocin.

9/2018 Watch Chris Hadnagy, CEO of Social Engineer, llc, on TEDxFultonStreet discussing how scammers are able to manipulate your amygdala.

Are You Killing Your Security Program?

SE vs Predator: Using SE In Ways I never Thought

So you wanna be a Social Engineer

6/2017 See Chris Hadnagy, CEO of Social Engineer, being interviewed on the ransomware attack in the Ukraine by CBS News' Ann-Marie Green

Is your Identity safe?

8/2016 See Chris Hadnagy's interview on Fox 9 about why people fall for scams on the internet.

The Dark Side of Social Media

On the Wire Podcast: Chris Hadnagy

3 hacking techniques that you need to watch out for

5/2016 See Chris Hadnagy's interview on WGN 9 News on phishing, vishing and what to watch out for.

I dared two expert hackers to destroy my life. Here’s what happened.

2/2016 Read and see Fusion's Kevin Roose's interview with Social Engineer's Chris Hadnagy and Jessica Clark and the results of his request to hack him.

A Peek Behind the Blue Mask: The Evolution of the SECTF

I Didn't Think it was Loaded and Other Mental Derps

8/2015 Watch Michele Fincher's presentation in the SE Village at DefCon23.

How hackers easily steal your information

Hackers now using conversation skills to get your info

Is hacking threat bigger than ever?

7/2015 Social-Engineer Inc.'s, Chris Hadnagy on how hackers are using new techniques to attack the government and private sector

1/2015 Fox Business and Social-Engineer CEO, Chris Hadnagy discusses the legality of Hacker’s List, a website where users can hire hackers.

Could another big hack attack hit the U.S. soon?

12/2014 Social Engineer Chief Human Hacker Chris Hadnagy discusses hack attacks and what we can see in the future.

How Do You Feel About Your Mother?.....Psychology and the Social Engineer

What Your Body Tells Me, Body Language or the Social Engineer

BBC Click reviews Defcon 22, including the Social-Engineer Village and the SECTF contest

6/2014 Chris Hadnagy, aka loganWHD, with the PDC cast talking about Social Engineering and his new book.

Social Engineering: When the Phone is More Dangerous than Malware

5/2014 At the RSA Conference, The Social-Engineer team analyzes the current trends in social engineering and how to use this information to protect organizations.

1/2014 Will The Target Breach Cause More SE Havoc?

1/2014 The Target Breach and the SE Implications

8/2010 Chris was interviewed on Fox news live about Wiki Leaks. 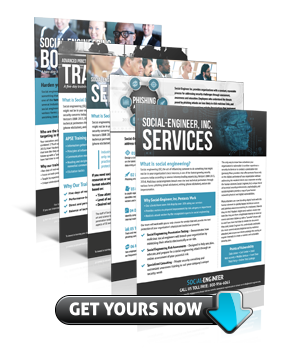 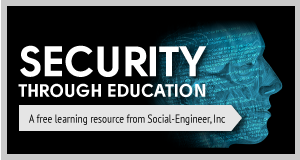 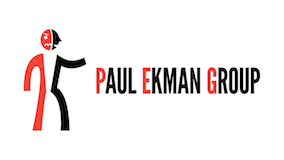 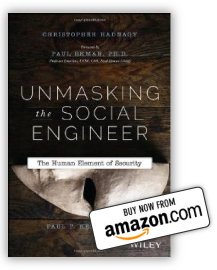 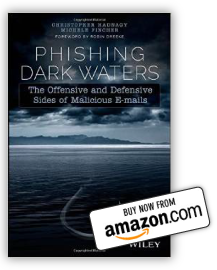