Scarcity and The Social Engineer 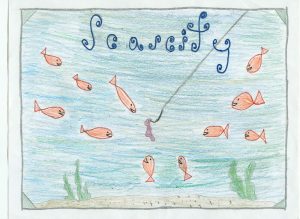 To understand how scarcity works for the social engineer, let’s first look at the concept in social psychology.  It is described as people’s tendency to place a higher value on resources that are not in great supply. Marketing often tries to exploit this phenomenon by promoting the idea of scarcity in their sales and specials and a good example of this ploy’s success is the frenzy that is Black Friday. 141 million people shopped on Black Friday in 2013­-the U.S. population is roughly 315 million.

We have seen the carnage unfold on the news as shoppers compete for limited goods in a limited amount of time. In this instance, both time and items are made scarce, compelling many bargain seekers to get up before dawn and stampede through each other with sometimes freakish aggression. Whatever one might want to achieve by utilizing scarcity, it’s clear that people can be steered by their belief in and fear of shortage.

Is It Just For Shopping?

Since scarcity can be applied to anything that people value, it is an effective influencing tool. Even if there is not actually any shortage or limit to a certain resource, if you can make someone believe that there is, you can create a situation favorable to your aims. The anxiety and hope created by the impending acquisition can cloud the reason and behavior of individuals that want what you have.

Social proof can play a role in the effect scarcity has on people as well. When many people begin to want something, this desire can often gain momentum, which speeds up an actual shortage or fuels fears of a perceived shortage. In the video below the announcer uses language designed to play on collector’s fears about missing out…”avoid disappointment and future regret.” He’s just looking out for you, you know?

Finally, it’s important to stress that scarcity does not always have to apply to “real” items. Time and attention are also things that easily become commodities depending on their value to the target.  Don’t miss out on the chance to use this valuable tool!  Social engineers know this and have figured out that by using scarcity, they can get people to “take an action that is NOT in their best interest.”

As professional social engineers, we employ creative uses of scarcity and what we have found is that it can be a powerful form of influence in a social engineering engagement.