Social Engineering and the Smile 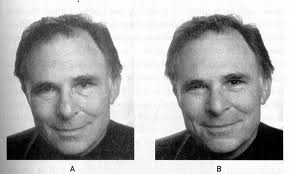 The poet Santosh Kalwar wrote, “Science teaches to think but love teaches to smile.” This is a useful sentiment and, in many ways, true. As social engineers, we know that science has much to contribute to the effectiveness of a smile in interpersonal communication, regardless of the amount of love involved in the equation. In order to explore this further, we will present some classic and recent research into the anatomy and function of the smile.

Smiles are inherently disarming. Infants display the expression between two and four months, eliciting further positive expression and emotion from caretakers. Environment and culture appear to have little effect on the evolution of this expressive element. From an early age, humans are designed to smile as it influences those around us to react in a manner that is advantageous to our survival and well-being.

The Duchenne Smile is an oft-referenced concept in psychology, referring to whether or not a smile is genuine. Named after a 19th-century neurologist who studied the effects of electric stimulation when applied to the muscles of the face, it was thought for many decades that a smile involving up-turned lips and crinkling around the eyes could not be produced in the absence of genuine happiness. Recent research has found that it is easier to fake a passable smile than previously thought, especially in a photograph as opposed to a dynamic example like a video.

This is important to understand, as the smile is both a useful tool for influence and the formation of trust. A recent article published by researchers at the University of Canterbury illustrates that when trust and cooperation are pronounced issues at hand, people are fairly accurate at deciphering real smiles from smiles that are faked. Individuals providing genuine smiles are rated more positively and elicited higher rates of cooperation from viewers.

Although the smile is a valuable tool in influencing others, it is important to remember that other cues and social abilities must be present in real time. As evinced by Sarah Gunnery’s recent research, in social interaction the smile will only get you so far. When information is limited in social settings, the smile goes further with people. By introducing verbal cues and other elements, such as open ventral displays and a head tilt, into the mix, the smile loses some of its power toward influencing likeability.

Bottom line, it is valuable to be able to produce a full-face smile.  As social engineers, we must be conscious of the things that affect our ability to influence others through gaining their trust and liking. And even more valuable, we ourselves must be able to discern between smiles that are real and fake. That is why we have nonverbal communication as a major part of our 4-day course.