Validation as a Social Engineering Tool 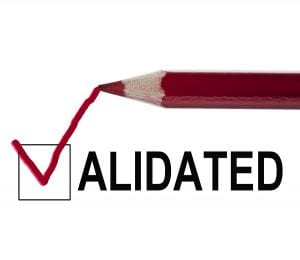 Do you remember a time when someone made you feel really good about yourself? Maybe they paid you a compliment or listened closely to what you had to say.  These are great examples of validation.

Validation is a powerful concept in which a person is made to feel valued, acknowledged, and connected with another.  As social creatures, humans crave validation, as it creates a sense of acceptance.

Hope Jackson is currently serving five years of probation for scamming country music singer Brad Paisley and his wife Kimberly Williams-Paisley, as well as Kate Gosselin and others, by appealing to their sympathy over the Internet and phone. If you have seen the “Catfish” movie or television series, then you are familiar with the tactics Jackson employed to manipulate her targets and gain their trust. Interestingly, there doesn’t seem to be any financial motive and the scammer returned a check that a victim sent to her.

This scam was not designed to yield money, but its victims gave the scammer what she wanted. Paisley sang a song over the phone to what he thought was a terminally ill child. Kate Gosselin dedicated an episode of her reality series to a woman she believed had died of cancer. People were being kind to Jackson and building caring relationships with her. After her arrest, she said she was looking for “love” and “acceptance.”

In order to exploit the sympathy of her targets, Jackson would tell her victims that she or her imaginary daughter, or both, had cancer. She sent emails to her victims with photos of a sick child that had been lifted off the Internet. In some of her phone conversations with her victims, she would disguise her voice to sound like her “daughter” to strengthen her story and make people invest more in her life and “family.”

While we often tend to think of social engineering in the context of concrete gains for the perpetrator, in this case, the endgame was simply attention.  Imagine how validating it might be to someone to have the compassionate and undivided attention of another, especially a celebrity.  We discuss validation as an important part of building rapport in our 4-day Advanced Practical Social Engineering course.