Knowing the Difference Between Influence and Manipulation 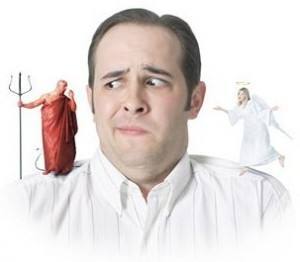 On June 27th, two thieves dressed as Mormon missionaries robbed Terence Delucia’s Las Vegas residence after chatting about religion with the homeowner at his door.  Robert Estall and Abraham Austin wore black pants, white shirts with white ties, and black backpacks as disguises. Delucia let his guard down with the impostors and they forced their way into his home, beating and robbing him while his family hid in closets throughout the house.

In this instance, the thieves went beyond influence as they manipulated Delucia with their approach and attire to put him at ease. Dressing and behaving as missionaries enabled them to get close and stay close to Delucia while he talked with them before they forced their way into his house and took control of his environment. Once inside, Delucia had no choice but to cave under the thieves’ intimidation as he feared for his life and his family’s well-being. He did not want to comply, but he felt he had no choice.

Heavy intimidation and gaining control of a target’s environment are powerful tactics, but they very clearly cross the line that separates influence from manipulation. As professional social engineers, we want to influence our targets in a manner that leaves them feeling good about having complied with our wishes. Manipulation often lacks this finesse. If a manipulator gets what he wants, then he has succeeded, regardless of the well-being of the target.

This is an important distinction to make as one navigates the world of social engineering and explores the tools used to accomplish objectives. Influence and manipulation are clearly related as they both can contain elements of subterfuge and dishonesty, but the difference lies in the intention of the engineer. Influence respects the target’s well-being and health. Manipulation is not often hindered by these concerns.

The formation of a core philosophy where there’s a differentiation between manipulation and influence is crucial to the legitimacy of the white hat social engineer. We have goals and objectives to accomplish, but not at the expense of stepping over those lines that make us brute manipulators. Be creative and be original but stay on the right side of the line.