Have You Ever Received One of Those Calls? 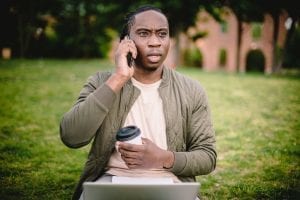 We define vishing as the “practice of eliciting information or attempting to influence action via the telephone.” Similar to phishing, the goal of vishing calls is to obtain valuable information that could contribute to the direct compromise of an organization by exploiting people’s willingness to help, fear, or curiosity. You may recognize these as calls from “tech support” or the “IRS” and even “your credit card company” asking you to confirm or correct information. You may have even heard “hackers in your area trying to hack your computer right now.” Have you ever received one of those calls?

The motivations of many real-world vishing attacks are typically related to either financial gain or identity theft. That’s not to say those are the only motivations, but many reported attacks fall into those categories. The “tech support” scam mentioned above is out to either compromise your computer directly or fix a non-existent problem then charge you a fee for the “work.” Another example is just to capture your login details while they help you check for a problem, no malware needed for that. In fact, they use very legitimate remote access software that may be whitelisted from antivirus products.

Due to the ease at which phone numbers can be spoofed, or forged, makes it difficult to track down the actual origin of these attacks. This gives the attackers a sense of protection that, even if it doesn’t go as planned, they will not suffer any consequences for trying.

With phishing, email accounts can be terminated by providers and possibly traced back the users logging in, but a spoofed phone calls leave very little to look at from a defensive or enforcement standpoint.

Is Vishing a Viable Attack Method

Based on the sheer number of news stories about phone scams, it would seem like vishing is working for the attackers. It is a low-cost attack and even if one or two targets out of 100 fall victims, it pays for itself. So short answer, absolutely it is a viable attack that is put to use every day.

Now if we just look at raw data, we can see a number of trends where businesses are at risk from this attack vector. SECOM’s own Chris and Cat made a great presentation at DerbyCon 8.0 that described the most successful attacks we have seen in three years’ worth of data we collected while helping our clients.

Notable is the “Open Enrollment” theme of attack which, according to their data, has a 100% compromise rate, followed closely by the “IT Update” (80%) and “HR Portal” (72%) themes. These are pretexts we used against our clients to show them how we can elicit valuable data from users via vishing calls.

They also showed that female callers are much more likely than male callers to compromise targets of either gender (63% to 48% respectively). 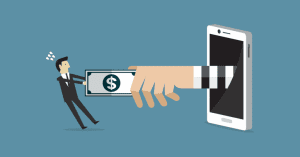 Is All Vishing the Same?

While it may seem like an easy question to answer, there are a remarkable number of reports of vishing attacks that sound very similar. There is a lot of intimidation and urgency employed by attackers where the storyline they are playing out can be repeated via a script. Whether it is tax liens that don’t exist or debts that the targets didn’t know about until that call, fear is a major playing card used in their attacks. It is so structured that some attackers don’t even use people to perform the attacks and instead use robots to effectively do their dirty work.

Here at SECOM, we employ only real, actual, human beings to do our testing for clients. While a robocall solution may save security budget money, think about how many times you willingly talk to unsolicited calls from robots, especially when they may be asking for sensitive information, compared to speaking to an actual human who may be able to further explain ‘why’ they are calling. You can see examples of, or make your own, real-world, live human, vishing calls at the annual SECTF at DEFCON conference in Las Vegas.

What Can You Do About Vishing Attacks?

From a business perspective, it really comes down to some very common themes in defense: Train your employees on the dangers of the attack vectors. We would not recommend just computer-based training (CBT) for this training either, but interactive, engaging, targeted training to employees in all facets of your business. Then, you need to test that training. Again, we would not recommend just CBTs for testing, but actual live testing, by having your employees receive calls from trained professionals able to test your users in the moment, just like an attacker would.

In addition, have clear policies and procedures in place and available to all employees on how to handle these types of calls that put them to the test. The users need to have direction or else their emotional brain is going to take over and will likely result in compromise. Only with a plan that is well communicated can they critically think at that moment and know what they are supposed to do, regardless of what the caller is asking or telling them to do.

So, have you ever received one of those calls? What did you do in the moment? Hopefully, now that you are aware, you will see the ruse and hang up without giving any useful information to the attacker, robot or human.